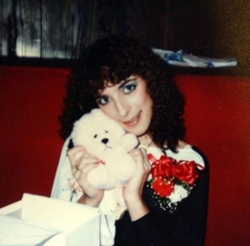 On November 10th, 1984, Theresa Fusco disappeared after her leaving her job at the local roller rink around 9:45 pm.  After about a month, her body was found on December 5th, 1984 naked in a wooded area in Lynbrook, New York. Her body was found covered under leaves and debris close to her job. After an autopsy was conducted, they discovered she died as a result of ligature strangulation (by wire, cord, rope, etc.). DNA samples showed that before she died she was sexually assaulted. Around the time of her disappearance, several other teenage girls had gone missing, which put pressure on the Nassau County Police Department to solve the case as quickly as possible. All three of the men involved were initially accused as apart of another young girls disappearance but the police changed their focus to this rape and murder case.
Evidence:
Because of lack of technology at the time, DNA testing wasn't too accurate and couldn't be used as a valid source. Due to the fact that Fusco was sexually assaulted, semen was collected from swabs. In the early 1990's, three sets of DNA were tested, comparing the semen from Theresa's body to the semen of the three men convicted. Two tests eliminated all three men from the tests but one test didn't exclude all three, making all of the tests invalid and the court ruled they couldn't be trusted. In 2001, they reanalyzed the same DNA slides with a different, more advanced technique and the results showed that all of the DNA belonged to none of the men convicted of the crime. In 2003, investigators made a crucial discovery- there was an untested swab which hadn't be known to existed that matched the newly found DNA. 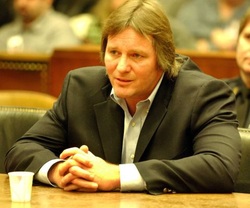 Court:
All three men were convicted and charged with the rape and murder of 16 year old Theresa Fusco. All three of the men denied having any connections with the case throughout the duration of the court case. Kogut was tried separately from Revisto and Halstead. During Kogut's case, pieces of DNA were parallel to his confession that he gave. After 18 hours of being interrogated and under sleep deprivation, Kogut gave a confession stating that him and the two other men abducted Fusco in Revisto's van and killed her. All three men gave separate alibi defenses. After a long trial, in May of 1986 Kogut was convicted and sentenced to 31.5 years to life in prison. Halstead and Revisto were convicted in November of 1986 and were sentenced to 33 years to life in prison.
Powered by